Kimberly Akano is a second-year Ph.D. student in the Department of Religion at Princeton University. Her research considers how the increasing presence of African immigrants in the United States transforms contemporary conceptualizations of Black religious identities. In particular, Kimberly explores how religion and migration influence the lived experiences of 20th and 21st century Nigerian immigrants as they negotiate questions of race, place, and belonging. She received her B.A. in Psychology from Rice University and her M.Div. from Emory University.

I am excited to be a GSP mentor for the upcoming academic year! Overall, I hope to contribute to a culture of care among graduate students. I am especially looking forward to curating spaces and opportunities for fellow graduate students to find support among one another in ways that encourage vulnerability, compassion, and collaboration.

Charmaine Branch is a third year doctoral student in the Department of Art and Archaeology. Her research focuses on modern and contemporary art of the Black Diaspora with an emphasis on archival research, Black feminist theory, and collective artistic practice. Charmaine is also pursuing graduate certificates in African American Studies and Latin American Studies. Before moving to Princeton, she worked as a Curatorial Fellow at The Studio Museum in Harlem and the Museum of Modern Art in New York City assisting with multiple exhibitions. Charmaine is deeply committed to fostering community among her peers, and looks forward to providing new graduate students with mentorship and support throughout the academic year.

Bri is a second-year graduate student in the Neuroscience department. She is from Queens, New York, and graduated from CUNY-Hunter College in 2018, where she majored in Psychology and Neuroscience. Bri is a passionate advocate for equity and inclusion and hopes to work toward rectifying inequalities in STEM. She enjoys spending her free time exploring random places across the country, photography, and thrifting. Bri is committed to creating a more inclusive academic community and is honored to serve as a GSP mentor.

Lawrence is a second-year doctoral student in the Comparative Literature Department. He obtained his BA and BA Honors degrees in Philosophy and Classics from the University of Zimbabwe and an MA in Classics from Texas Tech University. At Princeton, he studies African literature, Africa’s reception of the Greco-Roman Classics, and more broadly, environmental humanities and indigenous epistemologies in Africa and America. Apart from immersing himself in academic research, Lawrence enjoys watching and playing soccer. He has and continues to benefit from a phenomenal network of mentors.  As such, he is excited to also serve as a GSP peer mentor for the incoming graduate students at Princeton to the best of his ability. 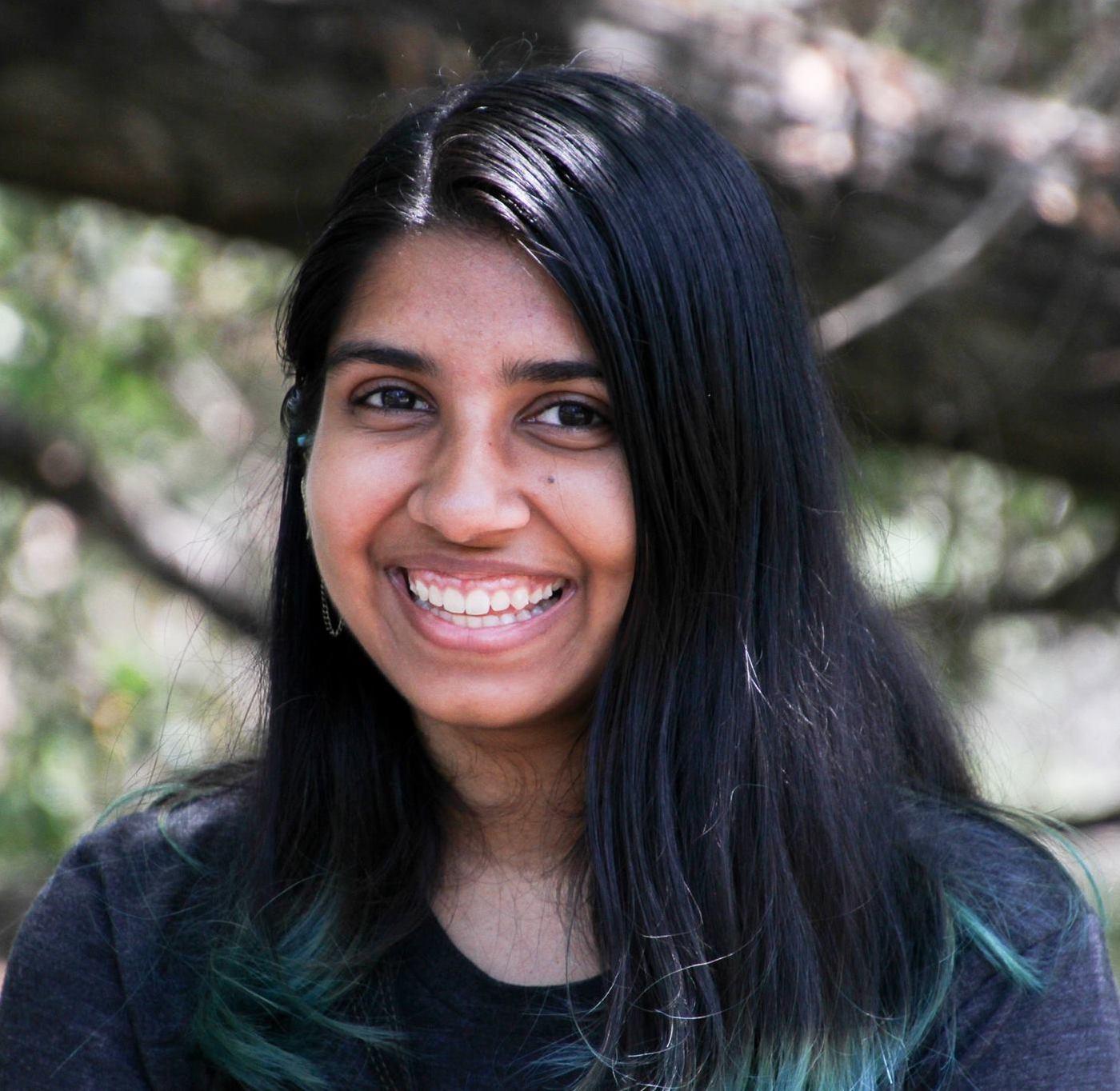 Roohi is a third year graduate student in the Department of Astrophysical Sciences, where she studies how we can use the distribution of galaxies around us to understand fundamental properties of the universe. She is from Phoenix, Arizona and graduated from Caltech in 2018, where she majored in Astrophysics and History. Roohi is involved in the Women in Physics group and the Women in STEM leadership council. She is passionate about advocating for and implementing policies and practices to support diversity, equity and inclusion, as well as science policy and outreach. In her free time, Roohi loves cooking and baking, in addition to reading and crafts. She is looking forward to being a peer mentor and supporting other students as we navigate grad school together and learn from each other’s experiences.

Alejandro J. Garcia Fernandez is a second year Ph.D. student in the Department of Sociology and is a part of the Joint Degree Program in Social Policy. Prior to joining Princeton's Sociology Department, Alejandro earned a B.A. in Sociology from the University of Denver (2016), an Ed.M. in Higher Education from the Harvard Graduate School of Education (2017), and an A.M. in Education from Harvard University (2020). He has also worked as a Research Project Coordinator at the Harvard Graduate School of Education (2017-2018). Alejandro’s research interests include the causes and consequences of ethno-racial and gender inequality, discrimination, higher education, and quantitative and mixed methods. Alejandro is passionate about the transformative power a strong sense of belonging can have on students’ graduate school trajectories. 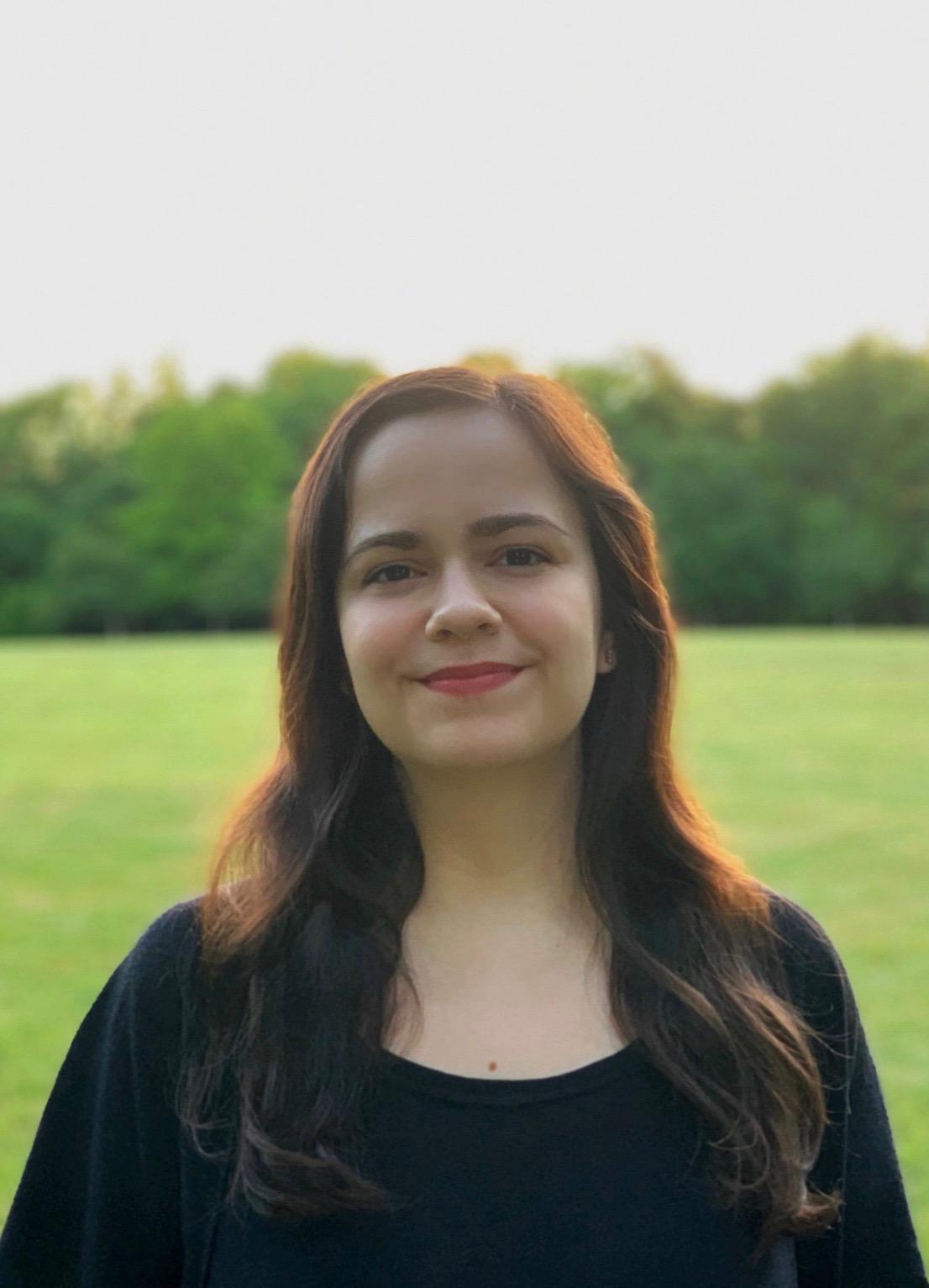 Vanessa is a third year graduate student in the Department of Molecular Biology. She received both her Bachelor’s and Master’s degrees in Molecular & Cellular Biology from Johns Hopkins University. Vanessa is interested in developmental biology, specifically the mechanisms by which organs begin forming in vertebrate embryos. As a member of the Burdine Lab, she will study how left-right asymmetry is established and sends information to developing organs, particularly the heart.

“Having been a mentee in GSP myself, I found GSP and the ADI team to be an indispensable source of support as I began my graduate school journey. Mentoring is very important to me, as it helps me navigate challenges and encourages me to strive for my best. I hope as a GSP mentor I will be able to give support and help ease the transition to graduate student life. I’m looking forward to getting to know each of my mentees as they navigate their own first year experiences.”

Hezekiah is a second-year PhD student in the Program in Applied and Computational Mathematics, where he is fortunate to be advised Peter Constantin. Hezekiah is primarily focused on the analysis and computation of models in plasma physics and fluid dynamics. He was born in Cebu, and spent his early childhood in Micronesia, ultimately obtaining his BSE in Aerospace Engineering and BS (Hons.) in Mathematics from Arizona State University. Hezekiah recognized through experience that many practical hurdles in academia are more difficult to navigate for underrepresented groups—particularly first-generation students. He combats the inequity of this burden through cultivating mentoring networks like GSP's, among general activism. 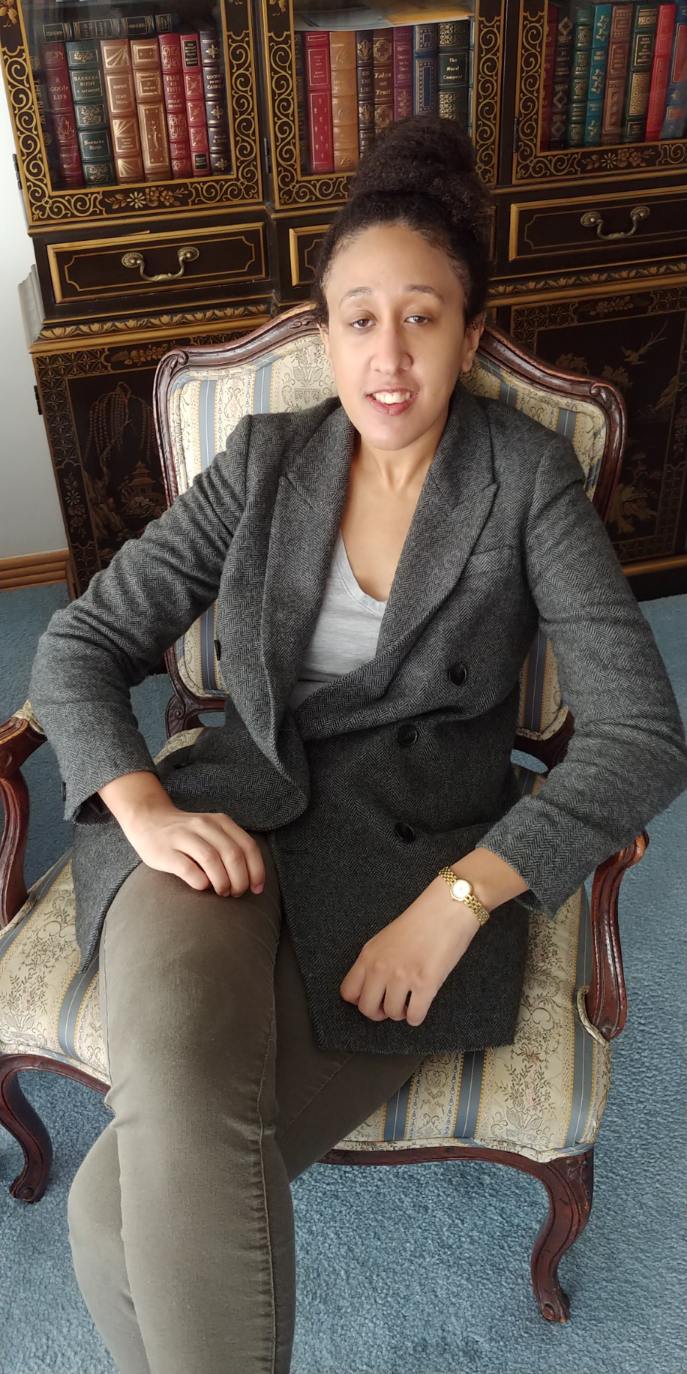 Salwa Halloway is a third year student in the Department of Comparative Literature at Princeton University. She studies African Literature and is particularly interested in African identities at the intersection of colonialism, the Trans-Saharan Slave Trade and the Lebanese Diaspora. She holds an MA in Comparative Literature from University College London (UCL) and furthermore was the recipient of a Fulbright.  She is honored to serve as a mentor, and looks forward to the exchanges and opportunities for mutual growth that come with this position. She is grateful for the guidance that she has received throughout her academic life and hopes to offer the same support to others. 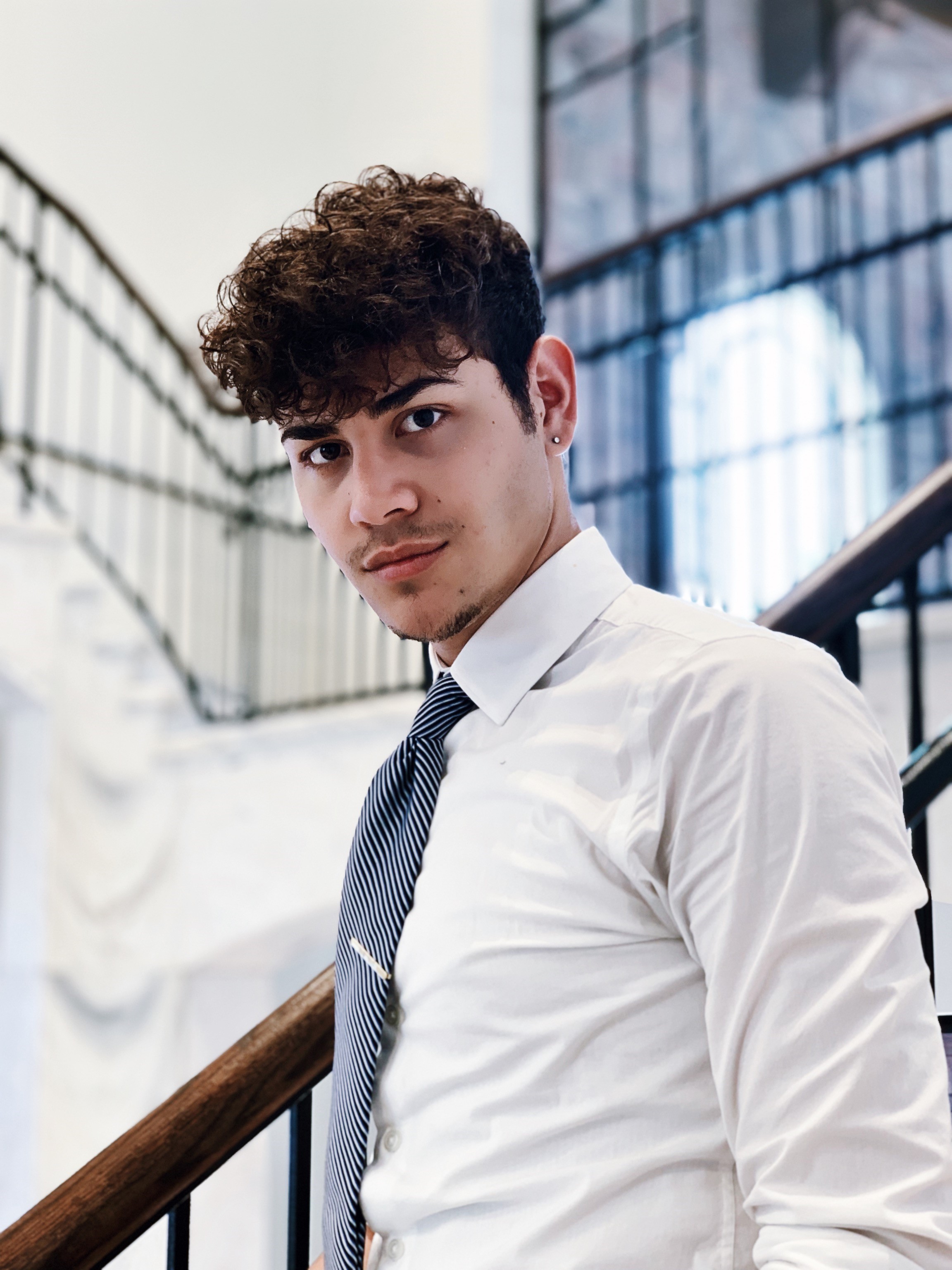 Ken is a third year Ph.D. student in Neuroscience interested in researching how neural circuits process sensory information to execute innate behaviors. While earning his B.S. in Neuroscience at Emory University, Ken worked with Dr. Gary Miller to investigate the effects of toxicants on the vesicular uptake of Dopamine and later with Dr. Richard Axel at Columbia University to study the contexts of activation of courtship neurons in Drosophila melanogaster. As a graduate student at Princeton, Ken celebrates his low-income, immigrant, and first-generation backgrounds and queer, Latino identities. For this reason, he passionately advocates for underrepresented groups of students from all levels in his home department and beyond. He is honored to serve as a GSP mentor for the upcoming year! 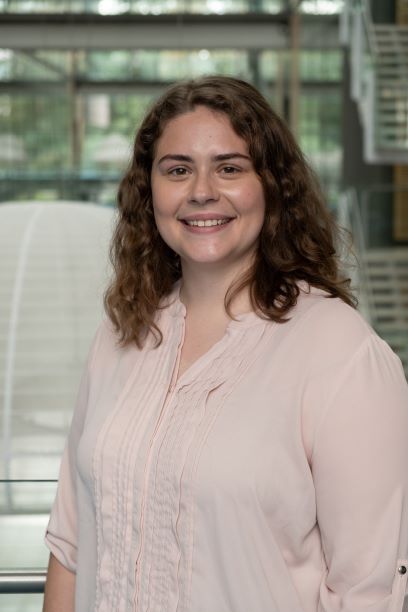 Johanna Masterson (pronouns: she/her) is a 3rd year graduate student in the Chemistry Department at Princeton University. She received a B.S. in Chemistry and a B.A. in Mathematics from the University of Oklahoma. As a member of the Sorensen Lab, her research is focused on the synthesis of complex natural products. When she isn’t in lab, Johanna loves baking, painting, and watching movies. Because mentors have made invaluable contributions to her journey, Johanna is excited to become a peer mentor to help provide community for incoming graduate students.

Rebekah is a  fourth year PhD student at the Princeton Neuroscience Institute, where she works with Catherine Peña investigating the effects of early life stress on chromatin accessibility in regions of the brain associated with the reward pathway. Before coming to Princeton, Rebekah graduated from the University of Maryland, Baltimore County with a major in Biology and a minor Creative Writing. While at UMBC, Rebekah worked in a molecular biology lab studying the dynamics of ribosomal biogenesis. Other than science, Rebekah enjoys museums, writing stories and screenplays, and taking long walks.

"The mentors that I've had throughout my academic experience have been invaluable. Because of this, I have sought ways to be a source of support and encouragement to others as they make the exciting and challenging transition into graduate school." 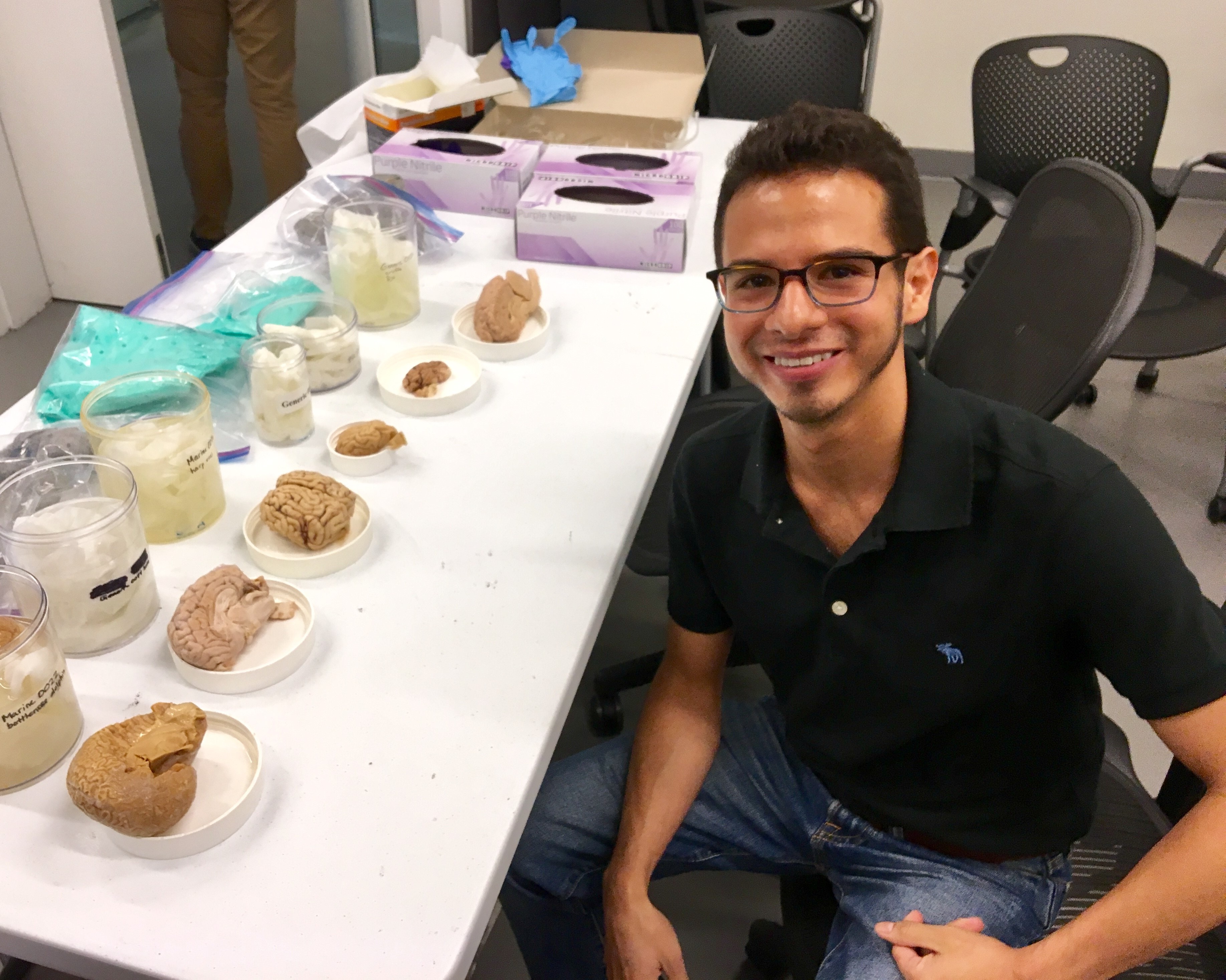 Fred is a Presidential Fellow and Ph.D. student in the Department of Neuroscience at Princeton University. His research focuses on connectomics as they relate to human brain networks. In addition to his role as GSP Mentor, Fred works with school leaders and other neuroscientists (NeuroscienceOutreach.org) to provide k-12 students with access to current and age-appropriate neuroscience educational programs and materials written in their native language (e.g., Spanish). Before coming to Princeton, he worked as a neuroimaging assistant at Harvard Medical School. His research contributions have been featured in various news outlets including CNN, Forbes, Discover DNews, ABC, and the L.A. Times. In his free time, Fred enjoys cooking and learning new recipes and cuisines. However, he reports that he is not the greatest baker.

"I am very excited to be a GSP mentor this year. My academic trajectory would not have been the same if it hadn't been for key individuals along the way who helped guide me toward life-changing opportunities. I hope that I am able to help students navigate early graduate studies at Princeton, and help illuminate unique paths for success in their career."

Alejandro Schugurensky is a third-year doctoral student in Sociology and Social Policy at Princeton University and is also affiliated with the Office of Population Research. His current research interests center upon education, social stratification, and spatial patterns of inequality. Before coming to Princeton, Alejandro received his B.A. in Sociology and completed two minors in Spatial Studies and Education from the University of Southern California. Alejandro is committed to serving as a peer mentor and developing a mutual support network with first-year graduate students. Mentorship has played an invaluable role in Alejandro's academic path and he believes in paying it forward. He is excited to meet new students and is looking forward to his new role with GSP!